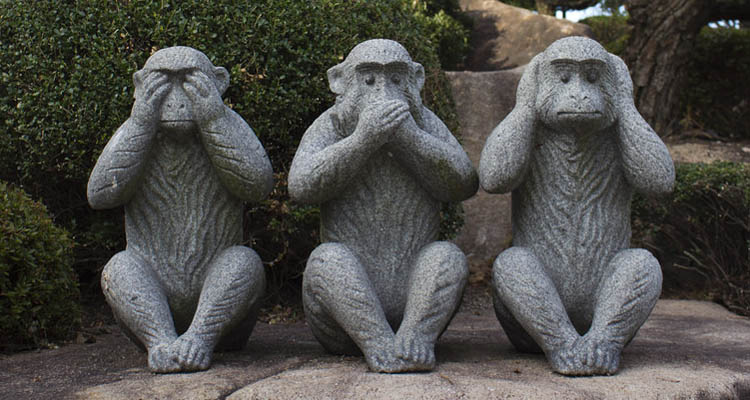 There are many laws in place that make it very difficult for elected officials to collaborate and many decisions are made on limited information and limited discussion. While the laws differ from state-to-state the outcome is largely the same. Fortunately, it can be improved but first we have to understand the problem.

The Ugly Side of Open Meetings

Open meetings laws require that discussions and votes (with the exception of a few items) be held in a public space where the public can stay informed and often voice their opinions. Not many people will argue that this is a good thing because it is important that the government be transparent in its decision making. However, there is a major drawback that I see in the process.

Open meetings laws are strict. Elected officials cannot even show an intent to persuade or guide other elected officials outside of an open meeting. They occasionally get in trouble for this in various ways. Even if it is not intentional they have to be careful what they talk about policy in emails, at private events, or even in text messages and phone calls.

You can see the problem when it comes to collaboration. When public meeting are held they have to go with the limited information available or kick the can down the road. I believe this leads to haste and under informed decisions, or sometimes even worse, no decision at all.

Typically in public meetings you have a single person or committee that is presenting a specific policy item. Obviously, they have their own opinions and a larger understanding of the policies impact. That is not a good recipe for bias information. I am not saying they do it deliberately but it is only natural to find data that supports your viewpoint. It’s called confirmation bias, Google it if you want.

Therefore, when the person presents the information in the public meeting that is the information others use to make decisions. Sure they could have done research beforehand but chances are they had a million other things to do. So they make what they feel is the best decision based on the limited information presented and any public comments that they receive (often none at all).

Elected officials only meet every so often. Typically that is why it takes so long for things to happen. First it gets brought up, then someone researches it (staff of an elected official), then they bring it back to vote (rinse, repeat). Many times things get dragged out for months or even years.

That puts extra pressure on elected officials to make a decision even if it is something that they have no prior experience or knowledge of. There is very limited time for discussion because agendas are typically stacked with items. That leads to quick decisions on topics that can have a huge impact.

This bill allows for a governmental body to interact via an online message board or similar systems and be in compliance with the Open Meetings Act. I am sure other states have passed similar bills or are at least looking at it. If not, it should not be hard to convince them of the benefit.

The reasons this bill is so important is because it gives elected officials the ability to discuss agenda items prior to taking a vote. It does not require special meetings or workshops for collaboration. If they have questions they can ask them. If they need additional information they can have staff or the public research it. They can get informed on potential policies in a collaborative way all from the comfort of the local coffee shop.

Another great benefit is that the public can see the discussions and express concerns prior to the meeting. No more taking off from work to make a meeting. This should lead to more issues being resolved beforehand because there will be less brought up during the public meeting. Not to mention that it will provide more clarity into the entire decision making process.

To my knowledge there are not any functional implementations of a system like this currently in Texas. I am sure some government bodies have tried it but I have not heard anything. I believe this is largely because of the lack of tools available built for this specific purpose. That and the Texas Municipal League still has concerns on the legality. However, there are options if you are up for the challenge.

One option that I would look at would be Yammer. They were acquired by Microsoft so I am not sure how the licensing and everything works now. I believe it still starts at free and they have the ability to make the discussion public (paid feature but may be available through Microsoft licensing agreements). It also has all of the tools built in to support document sharing, collaboration, white boarding, notifications, etc. It is basically Facebook but built for the enterprise.

You could also look at a locked down Facebook page. It would not have all of the document and collaboration functionality but it could work. There are also other Yammer alternatives such as Jive and MangoApps. Or you could use a collaboration tool like Microsoft SharePoint. There are options, but depending on your requirements, technical skills, and budget you may have to get creative.

I have seen the negative effects of open meeting laws on public policy collaboration first hand. There are those that ignore them anyway, but the majority want to be transparent and stay in compliance. Making informed decisions is not easy in the current system but it is possible. You have two choices. Put in an online system to make it easier or continuously reschedule until all questions and issues are addressed.

Many are already frustrated by the pace at which governments adapt public policies to the real world. Things are not slowing down. Government bodies are going to have to adapt quickly and collaboration can help. Good policy requires informed and timely decisions. Making it happen is another story.